Skip to main navigation Skip to content Skip to footer
by kmichaelis•Posted March 8, 2016 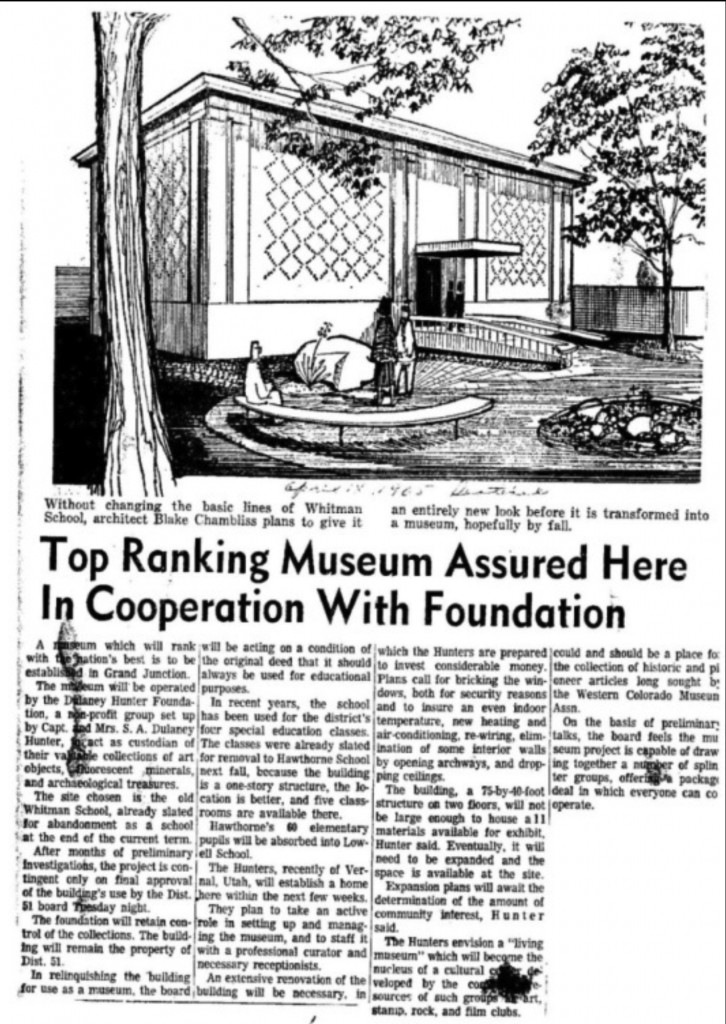 The Museum of Arts and Sciences officially became a nonprofit, cultural institution in October of 1965 with the adoption of its articles of incorporation. The museum supporters worked throughout that winter and into the next spring turning the former Whitman School into a museum. With the help of Dr. Samuel A. Dulany Hunter’s Foundation, an East Wing was added to the former Mesa County Valley School District facility. Then on May 1, 1966, the new museum, which would later become the Museums of Western Colorado, celebrated its Grand Opening to the public. Dr. Hunter himself was the first director and it highlighted his archeological and geological collection. Admission was $1.25 family, $.50 adults, $.25 children, $.10 for preschools and below.

In commemoration of this event and to celebrate our 50th year, thanks to the support of CSD & Co. (which is also celebrating its 50th anniversary), the MWC will host a Grand Re-Opening at each of our facilities on May 1st. In honor of this occasion, we will return to those 1966 prices. In addition, we will have activities and photographic opportunities to help celebrate our 50 years as a leading heritage institution on the Western Slope.