Skip to main navigation Skip to content Skip to footer
by kmichaelis•Posted November 1, 2018 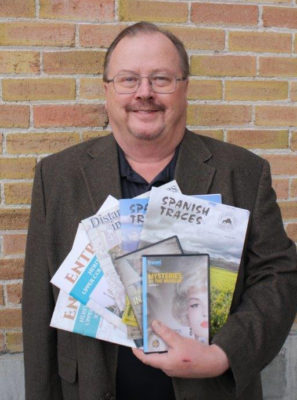 Curator of History David Bailey has been inducted into the Western Writers of America. Bailey was accepted as an active member because of his extensive collection of published material and work on the American West.

Distinguished members include Rudolfo Anaya, Edward Abbey, Clint Eastwood, and historian Robert Utley. The group was founded in 1953 to promote writing about the American West and to bestow Spur Awards for distinguished writing in the Western field. The founders were authors who wrote traditional Western fiction stories and books.