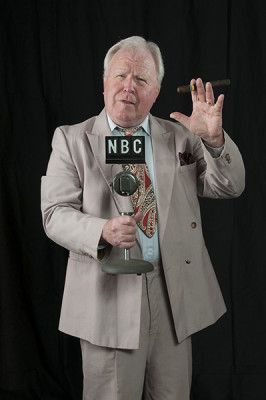 Huey Pierce Long was an American original. Fascinating and flamboyant, he shot across Louisiana and ultimately across the country before being shot to death in September of 1935. The political machine that he created was far less original. Designed to advance his interests, as well as those of his constituents, it was extraordinarily effective, even if it was shot through with corruption of the very ordinary sort. Payoffs and plunder were the order of the day. Nothing terribly original here. But the man giving the orders was.

Actually, this should be Governor and Senator and at the same time no less. When dealing with ordinary politicians, there ought not be anything necessarily unusual about a politician holding each of these offices at one time or another. After all, throughout American history there have been many instances of successful politicians who have served as both at one time or another during their careers. But Huey Long held both offices at the same time. Between 1930 and 1932 Governor Long of Louisiana was also Senator Long from Louisiana. Power occasionally does such things to people, especially if such people happen to be politicians who come to believe in their own indispensability. Or in Governor Long’s case, most especially politicians who have built state political machines which they are not quite ready to entrust to others before setting out for the national political stage that is Washington, DC.

The heyday of Long’s Louisiana years coincided almost perfectly with the 1920s. This was a decade of national prosperity amid large pockets of local poverty. One of those pockets encompassed a good deal of rural Louisiana. Thus the stage was set for someone of Huey Long’s considerable talents.

And what were those talents? An ability to talk and persuade. An ability to organize and count. And an ability to sweep people, both black and white, along with him. On this last score, Huey Long was also a southern original—at least a southern original for his time and place. Race-baiting was standard operating procedure for white politicians of that time and place. But not for Huey Long. If elevating Long and the Long machine was primary, elevating the lot of poor people, black and white, was also of prime importance.

But ultimately, something else was primary for Huey Long. This Long longed for the national stage. Senator (and no longer governor) Long’s debut as a national political figure coincided almost perfectly with the depths of the Great Depression. It also coincided with the arrival in Washington of the man who would be his great rival. That man was President Franklin D. Roosevelt. No discussion of Huey Long would be complete without reference to this fellow Democrat who regarded a certain Louisiana senator as a threat to American democracy, nay as one of the two potential leaders of an American fascist movement. (The other was Douglas macArthur.) And no portrait of Huey Long would be complete without coming to terms with how one American original dealt with another. After all, one was the president, and the other one wanted to be president..

Huey Long may have been dubbed the “Kingfish,” but the title he would have settled for was “President Long.” His plan, such as it was, was to defeat Roosevelt in 1936 by running a third party candidacy against him. His thought was that a third party candidacy would elect a Republican in that year. His further thought was that the new Republican would fail to solve the depression, thereby opening the way for a Long victory in 1940.

Had Huey Long achieved that victory in 1940 and acquired elevated status he sought, he would have put an extraordinary large exclamation point on an already extraordinary political career. And who knows? But for an assassin’s bullet delivered on the steps of the Louisiana state capitol building in September of 1935 the man who wanted to make “every man a king” might have at least made himself the president in the process. 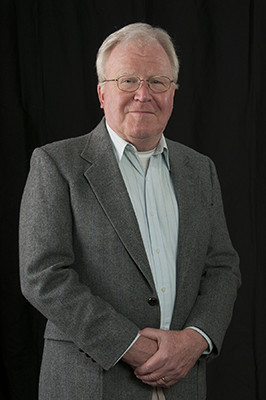 In addition to Huey Long, Chuck has performed in various Chautauqua events across the country as Teddy Roosevelt, H.L. Mencken, Patrick Henry, Bobby Jones, and Branch Rickey. He has written a biography of Emma Goldman and a dual biography of Branch Rickey and Jackie Robinson. In addition, he has written reviews and essays for The Weekly Standard, Commentary, Chronicles, Touchstone, and National Review. He is married, the father of five and a grandfather of two.