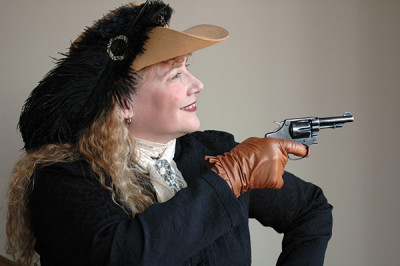 The phrase The Wild West describes a unique time and place in American history. There were many people who embodied the spirit of the Old West and one of those larger than life characters is Belle Starr. Known as The Bandit Queen or The Petticoat Terror of the Plains, Belle Starr has taken her place in history among the outlaws and desperados of what was then known as The Wild West.

It is difficult today to separate the fact from the fiction of Belle Starr’s life. Dime novels published at the time sensationalized her outrageous escapades and her name became synonymous with robbery, horse theft and outlaw gangs. She was reputed to have ridden with Frank and Jesse James, given birth to a baby by the notorious outlaw Cole Younger, and robbed stagecoaches. But much of this is simply myth, fueled by creative novelists and newspaper reporters. Yes, she enjoyed riding through towns shooting her six-gun and she played piano in dance halls throughout the region. And, she was the Black Widow of the West, when all three of her husbands, as well as several male admirers, met with violent death. However, the larger than life crimes that she was accused of committing most likely did not happen.

Clearly, she did endorse a lawless way of life, best expressed in a comment by her to a Dallas newspaper reporter, “I am a friend to any brave and gallant outlaw.” Her husbands and consorts were men notorious for their crimes. After marrying the outlaw Sam Starr, she lived on the Canadian River, near what is now the town of Eufaula, Oklahoma. Her home was refuge to outlaws and renegades. Indeed, many people gave eyewitness accounts of Belle’s participation in the crimes. However, Belle Starr was only ever convicted once and that was for horse theft. For this, she served nine months of a one-year jail sentence, ironically released early for good behavior.

Studying the lives of individuals such as Belle Starr allows us to glimpse the Wild West and bring it to life once more. Through it we can explore the development of a unique American spirit. We are challenged to sift through fact and fiction to try to understand a fascinating time and place. Indeed, much of Belle Starr’s life is clouded by fiction and ambiguity. Even her death created a  mystery. Just two days before her 41st birthday, in February of 1889, Belle Starr was returning home and was shot in the back by a shotgun. Her murderer was never identified.

In summarizing her life for a Fort Smith Elevator reporter about a year before her death, Belle stated, “I regard myself as a woman who has seen much of life.” It is what she has seen that fascinates us and captivates our modern curiosity. The life of Belle Starr gives us a glimpse of the rash and reckless spirit of the Wild West. 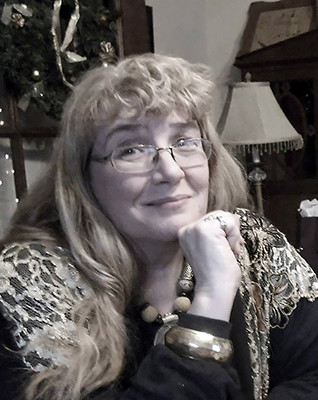 Karen has an M.A. in Humanities from West Virginia Graduate College and teaches Introduction to Theater and Speech and Appalachian Studies for Concord University.