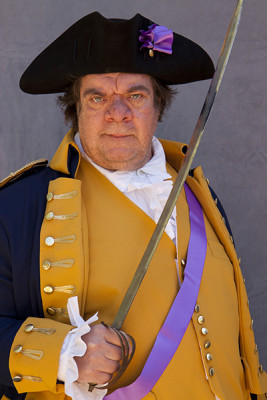 On the Revolutionary War battlefield at Saratoga, New York, stands a statue of a left boot. The inscription memorializes an American general, the nation’s “most brilliant soldier,” as the hero of the engagement. But the general’s name is not mentioned.

That’s one of a handful of ambiguous monuments that Benedict Arnold (Jan. 14, 1741 to June 14, 1801), has to his bravery. Had the musket ball pierced his heart instead of his leg that day in 1777, he would be a saint in our national pantheon.

Instead, his name is a synonym for traitor. His years of devoted service to the Revolution — his courage, his victories, his sacrifices — are smoke in the wind.

We see him as a turncoat. He saw himself, even in his betrayal, as a hero who would be vindicated once the British prevailed. We say he did it for money and out of spite. He swore he switched sides to preserve his honor.

The Connecticut-born Arnold was a prosperous sea-going merchant when the war began in 1775. He joined the fight and built a distinguished record. He captured Fort Ticonderoga; led an impossible march to Quebec; built a navy and delayed the British on Lake Champlain; chased the redcoats out of Connecticut; and turned the tide at the Battles of Saratoga.

“Gen. Arnold is the life and soul of our troops. To him and to him alone is due the honor of our great victory (Saratoga),” Col. Henry Livingston wrote.

His left leg, wounded at Quebec, was shattered at Saratoga. While he recovered, his long-time enemies further blackened his reputation. He saw himself as victim of petty men in the Army and Congress. He spent his fortune on his troops, but politicians refused to reimburse him. Arnold eventually viewed the war as a waste of treasure and lives.

By 1779, he made plans to defect to the British. The following year he took command of West Point, intending to surrender the key position. The plot unraveled after the capture of British Major John André, who carried plans for the fort. Arnold escaped and led British regulars on raids in Virginia and Connecticut.

Arnold wrote to George Washington explaining his treason. “Love to my country actuates my present conduct,” he wrote. But Washington was dumbfounded: “Our greatest warrior is a traitor,” he said. “Can anyone be trusted?”

Although other officers had changed sides, Arnold’s prior heroism and the scope of his treason made his case reprehensible. He was demonized, reviled in his own time and in ours.

At war’s end, he and his wife moved to London, then to Canada, then back to England. He sailed as a privateer, but died with his fortune squandered. He was despised by Americans and shunned by British subjects, who, he remarked, “love the treason, but hate the traitor.”

He never admitted wrongdoing. His honor was intact, he said.

He was our Caesar once; he is our Judas forever. 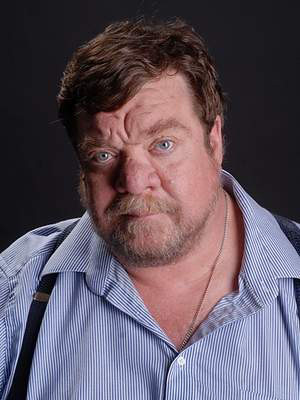 Frank X. Mullen is an investigative journalist, author, university professor and Chautauqua scholar. He is the author of “The Donner Party Chronicles” and has appeared as a journalist and historian on the History Channel, Weather Channel, Discovery, PBS, BBC and other cable networks.

Mullen, who was born in Queens, N.Y., has taught journalism courses at the University of Nevada, Reno, since 1999. He twice was named Nevada’s Outstanding Journalist by the Nevada Press Association. Before coming to Nevada, he worked for the Columbia (Mo.) Daily Tribune, the Rocky Mountain Business Journal and the Denver Post. He holds a bachelor’s in journalism from Metropolitan State University of Denver and a master’s from the University of Nevada. His other Chautauqua characters include Babe Ruth, Henry VIII, Albert Einstein, Edward R. Murrow, U.S. Grant, John C. Fremont and Huey Long.

He and his wife, Susan, a newspaper feature writer, live in Reno.