Skip to main navigation Skip to content Skip to footer
by kmichaelis•Posted February 6, 2019 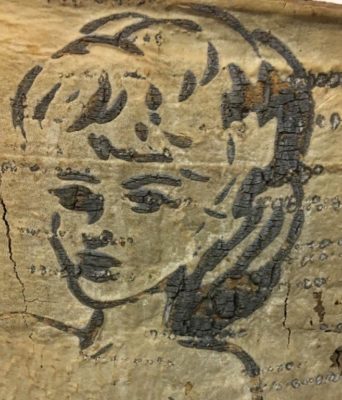 In the late 1840s, thousands of young Basque men migrated from Europe to the American West. Many of the men found employment as sheep herders. The herders would take the sheep to the high country in the summer to graze among the aspen trees. To pass the time they made carvings on aspen trees, known as arborglyphs.

One of the famous of these Basque aspen artists was Pacomio Chacon. He was born near Coyote, New Mexico in 1916. He developed a unique style of carving glamorous women with unique haircuts from the 1940s and early 1950s. Folk art historians consider him to be  a master craftsman. Many of his master works were carved in aspen trees in the White River Plateau. Mr. Chacon lived for many years in Fruita, Colorado. He passed away in 2009 at the age of 93 after a long and colorful life. 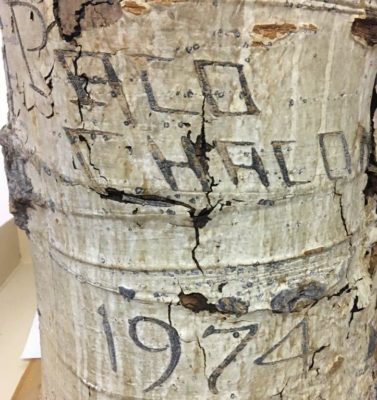 When Wendy Milner Herrett retired from the Forest Service at White River she was given a Chacon carving with his signature dated 1974. She recently donated this unique art piece to the Museum of the West.