Skip to main navigation Skip to content Skip to footer
by kmichaelis•Posted July 5, 2016 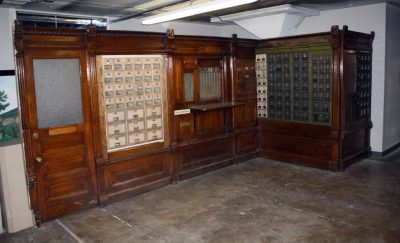 The Placerville Post Office woodwork came from Montrose, the metal post boxes from Nucla, and other items from Redvale, Naturita, and Ridgway. The original building was a combination of a Denver & Rio Grande Western Railway Depot, church, and a home. The Placerville Post Office will be installed in the Museum of the West’s exhibit gallery as part of our remodel plans in 2016.